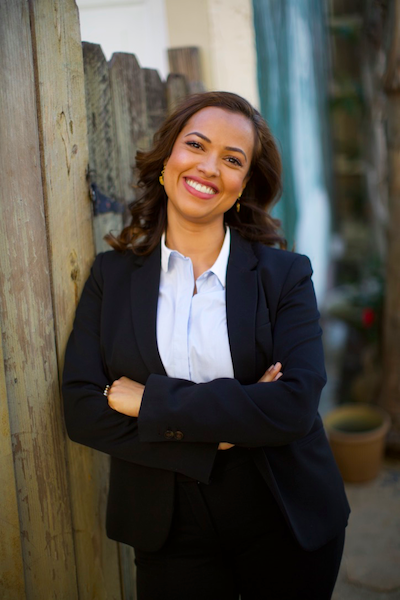 Aura Vasquez is an Afro-Latina immigrant, fearless environmental and social justice advocate, and a voice for people whose voices have been unheard. Aura brings a closeness to the Earth and a multicultural perspective to her mission. She is currently running to be the first Afro-Latina to represent Los Angeles City Council District 10. In her free time, she enjoys gardening, dancing, and spending time outdoors.
We sat down with Aura to learn more about her amazing story.
Your background is so impressive. We’d love to hear more about your story!
As a protector of the environment, I helped ban single-use plastic bags and was the mastermind in the 'Beyond Coal' Campaign, which resulted in a commitment by the City of Los Angeles to go coal-free by 2025. As a community organizer, I championed immigrant rights and education funding with the PICO Network. I studied leadership, organizing, and action under renowned grassroots organizer Marshall Ganz who helped craft the neighborhood organizing initiative so crucial to Barack Obama's historic 2008 presidential campaign. When Los Angeles Mayor Eric Garcetti appointed me to the Board of Commissioners of the L.A. Department of Water and Power, I became the first immigrant and the youngest to serve in this role in Los Angeles. As a Commissioner, the first in the history of the LADWP to establish office hours, I supported millions in investments in energy efficiency, solar and electric vehicle programs, and incentives to lower power bills for all residents. My leadership was instrumental in retiring three coastal gas plants, putting L.A. on track to reach 100% renewable energy by 2045. In 2018, I coached Democratic candidates across the U.S. on communications strategy and field organizing. Those efforts helped create the “BlueWave” that got hundreds of new Democrats elected to office and flipped the U.S. Congress to a Democratic majority. I’m also a small businesswoman with more than ten years of experience consulting with organizations and creating narratives that transform communities.

When did your passion for politics begin?
I was always passionate about helping others and being involved with my community. An affinity for politics came after I became a community organizer and I saw how many elected officials did not work for the best interest of the community.

What is one social issue you desire to change in the world?
Climate change. I think is the most pressing issue of our time. It affects all of us and our future. I am often appalled at the lack of urgency about our current climate emergency. A huge goal for my candidacy is to bring solutions to the current climate crisis by benefiting those most affected by climate change first. Communities of color often burden the effects of pollution and should be the ones to benefit from the solutions we create to fight pollution.

How has being an Afro Latina shaped your experience in Los Angeles?
I wholeheartedly believe that my identity as an Afro Latina has been an asset for me in Los Angeles. As an immigrant from Colombia, I understand the struggles that many people experience in Los Angeles. I believe it provides me with a better perspective on how to best serve my community. I feel more compassionate about the hard choices we ask people to make every day in Los Angeles. My identity was an asset when I was a LADWP commissioner. As the first immigrant commissioner for LADWP, I brought an equity lens to my work because I understood the struggle of what it was like to live one paycheck at a time and make the difficult choices between paying my utility bills or paying rent.
What have been your challenges as an Afro Latina running for office?
I don’t know many other Afro Latina elected officials. I’ve personally found this problematic because I can’t find people that fully understand my experience intimately. Representation matters, and as I am on the campaign trail, I realize the impact it has. Afro Latinxs are very underrepresented in politics at all levels- national, local, or international. However, being a woman also brings a unique set of challenges to running for office. While we’ve seen significant improvement in the number of women running for office and getting elected, we still have so much room to improve. Los Angeles is a perfect example of this. Currently, only two women serve on the Los Angeles City Council out of 15 seats. I want to be an example for other Afro Latinx who wish to pursue public service. That’s why this campaign means so much to me. I hope to represent the young women who identify with me and show them that their dreams are possible.

Advocating for clean energy sources is one of the issues you are most passionate about. How can everyone in their own lives to help the environment and be more proactive towards a more sustainable world?
I encourage everyone to take public transportation, bike to work, grow your own food, take shorter showers, and use fewer plastics in our daily lives. These small but impactful acts ensure that we are all working towards a more sustainable world. I also encourage everyone to vote and participate in their local and state elections. Voting for more sustainable policy and ensuring that it is passed is a way to have a direct impact in our day to day lives as well. Too often, the decision makers at the local level are not making decisions that help us move towards sustainability and these decision makers need to know how impactful their decisions can be for the day to day lives of people and for our earth. Vote for sustainable policies, go to your local board meeting to understand how your local government views sustainability, give public comment for sustainable policies- all of these small actions make the difference.

I NEVER LEAVE MY HOUSE WITHOUT MY:
Cell phone
I MOST OVERUSE THE WORD OR PHRASE:
Amazing lol
THE PERSON I MOST ADMIRE IS:
Thich Naht Hahn. He was my meditation teacher and I really learned so much from him about spirituality and social justice.
MY SPIRITU IS:
Colorful and free

MY FAVORITE AFFIRMATION IS:
You are not alone - You are loved
CURRENTLY IN LOVE WITH:
My garden
SPICY OR SWEET:
Spicy always
I'D WALK 5,000 MILES TO GET TO:
A safari in Tanzania 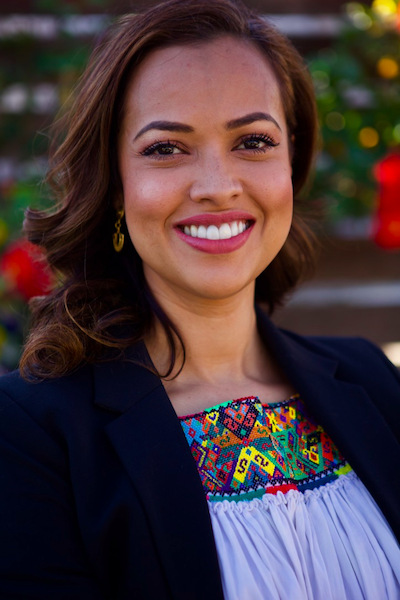